9 reasons to wear a haramaki.

The most unfortunate women’s fashion trend in recent years has been the pairing of hipster jeans and short shirts exposing a bare midriff; the so called muffin top.  I say unfortunate because it exposes a vitally important energetic centre, the dan tian, to the environment.  I guess whether it’s aesthetically pleasing is down to a question of taste and other variables which I don’t want to get into (at least not here).

The dan tian is an energy centre which lies about 3 inches below the navel and about 2 inches internally.  Different authorities argue over its exact location.  The dan tian is vitally important to the different traditions of Taoist meditation and to the practice of qigong.  Qigong is the practice, or cultivation, of internal energy, qi.  A simple meditation is to sit, breathing diaphragmatically, with the attention on the lower abdomen.  After some practice a warm ball of energy is felt in the lower abdomen and this is the dan tian.  There are actually three dan tians, one at the third eye, one on the chest (correlating to the heart chakra) and the lower dan tian as discussed above.  Generally if we refer to dan tian singular we are referring to the lower dan tian.

According to China scholar and master of qigong, Kenneth S Cohen, “The dan tian is the most important energy centre in the body and one of the most frequently used terms in qigong literature.  Located in the lower abdomen, midway between the navel and pubic bone, it is the body’s centre of gravity and center of energy.  The dan tian both stores qi, like an energy reservoir, and propels qi through the body, like a pump.  Dan tian means, literally, the elixir (dan) field (tian), the field of the elixir of long life and wisdom.”, from “The Way of Qigong – the Art and Science of Chinese Energy Healing”.

In the acupuncture classics, surprisingly, there is little mention of the dan tian.  This area is still considered vitally important energetically and it includes the Kidneys and the moving qi between the kidneys and is the place of origin of 3 of the 8 Extra-ordinary vessels – the ren mai, chong mai and dai mai.   Points in this area are vital to tonifying the Qi, Blood, yin, yang and jing.  They are crucial points in the treatment of fatigue or infertility.

Given the importance of this energetic area the Chinese, certainly traditionally, were keen to keep it covered.  In Chinese medicine, it is thought that External Pathogenic Factors are driven into the body by Wind.  These pathogens can be Cold, Damp or even Heat.  Pathogens entering the body block the normal circulation of qi and blood, and will cause different symptoms depending on the type or combination of pathogens.  Click here to see examples of how pathogens can obstruct this area, especially the uterus, and contribute to female infertility.

In Japan this energetic area of the dan tian is called the hara.  Zen Buddhists might use the hara as a place to focus attention during zazen (zen meditation) and the samurai cultivated his hara for strength of body, mind and spirit.  I recently came across a traditional Japanese piece of clothing, worn around the hara, called a haramaki.  The haramaki is currently enjoying a resurgence in Japan and has just started to be sold here in the UK at www.NuKuNuku.co.uk.  Founder Catherine Brown discovered the haramaki whilst living in Japan.  The haramaki is held to have the following benefits:

I’ve been wearing a haramaki for the last week.  It fits unobtrusively under clothing and can be worn by both men and women, even in pregnancy.  I found it to be surprisingly comfortable, giving a nice warm feeling over the low abdomen, reminding me of the awareness and warmth of the dan tian I used to have when I practiced a lot of tai chi and qigong.  I walk a lot and, with our first wintry weather, found it to be a welcome extra layer of clothing.  I used to have an eccentric great-uncle who cut the arms off all of his shirts and jumpers.  I seem to have inherited some of his clothes claustrophobia, preferring to buy short sleeved shirts.  I find a vest too constrictive and the haramaki to be preferable.  My only worry with it is having to explain it at A and E if I have some sort of accident, but other than that, I can warmly recommend the haramaki. 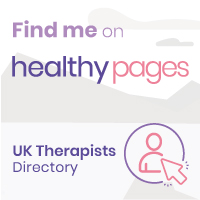